Bright Star Children's Theatre: Cinderella and Jack and the Beanstalk 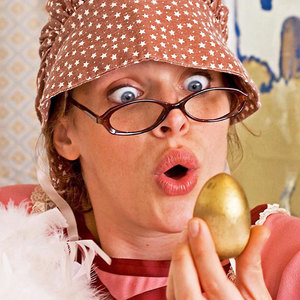 Literature comes to life in this hysterical production, bringing to the stage the stories of Cinderella and Jack and the Beanstalk!  Mabel and Lenny, the comic duo who made Aesop’s Fables such a roaring success, are determined to reenact these two classic fairy tales, undertaking almost a dozen roles. From the character formerly known as Prince Charming and the Fairy Godmother to a growing beanstalk and a giant lumbering above our set, this production is always a favorite of young people and families alike.