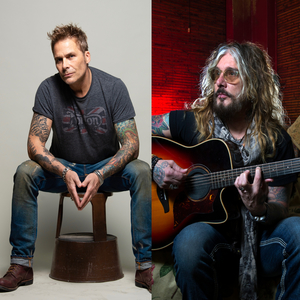 
Mike Tramp, legendary White Lion singer, songwriter and front man stepped out on his own in 1995 and began his 23-year long solo career. With ten consistent solo albums to his name, and the eleventh to be released March 1st of 2019, Tramp has never steered off his path and is charging forward with confidence, no desire to look back. Tramp says, “It really just meant that I knew who I wanted to be and sound like when I recorded my first solo album twenty-two years ago. I just wanted to be me, and I am damn proud I stuck to my guns. White Lion was a chapter and a journey I was on, it was a one way ticket with no return.”

The hair trend of the decade has since faded, but the music lives on, stronger than ever. To tame the big sound of the 80s hair metal genre, Tramp brings only an acoustic guitar and his voice into the present. He states, “It’s both challenging and a joy for me. Still, the truth is that people don’t know that most of these big rock songs started out as folk music in a Brooklyn, NY basement.” Born and bred in Copenhagen, Denmark, brought his sound here and “forty-three years later, it’s still what I do on the endless highway. I am me twenty-four hours a day, I don’t have to put make up on or become a character. I am the same when I shop in Walmart, as when I am on stage playing, singing and telling stories, inviting the audience with me on my journey through life. It’s here that I’ve found peace and happiness, I have come home.”

John Corabi is one of the most talented singers and songwriters to ever come out of the hard rock world. Whether it was with the Scream, Motley Crue, Union, or any of the other amazing recordings that he has been a part of, John's distinctive voice and emotive song writing can not be matched. With a past as colorful as John's, his future is what is most exciting! In early 2006 he began writing songs with writers in Nashville for some of the biggest names in country music, and has found time to write several TV show treatments, that are currently being pitched. John released a new album, simply titled "Unplugged" with Rat Pak Records and is currently working on an all new electric album that will be released exclusively via Rat Pak Records.