Dangerous When Wet: Booze, Sex, and My Mother with Jamie Brickhouse 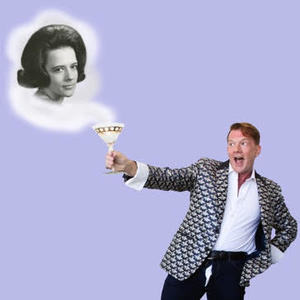 After sold-out performances in New York, Washington, D.C., and San Francisco, Jamie Brickhouse (voices on Beavis and Butthead, 4-time Moth champion, performer on WGBH/PBS-TV) brings his multi award-winning, critically-acclaimed solo show Dangerous When Wet: Booze, Sex, and My Mother to the Hopewell Theater. Directed by Obie Award-winning David Drake (The Night Larry Kramer Kissed Me) and based on his critically-acclaimed memoir, it is his alcoholic odyssey from small-town sissy to louche Manhattanite that’s wickedly intoxicating as he hits bottom and discovers he can’t escape the all-consuming love of his mother Mama Jean. A Texan Elizabeth Taylor with the split personality of Auntie Mame and Mama Rose, she never has a thought she doesn’t speak. Darkly comic, it’s a show for anyone who’s had a mother, is a mother, the recovery set, GLBTQ folks (and those who love them), fans of David Sedaris, and anyone who loves a compelling story told with heart, humor and poignancy.

With dazzling wit and unflinching honesty set against a multi-media backdrop of evocative photos, home movies, vintage postcards, and music haunted by Peggy Lee’s “Is That All There Is?”, Jamie tells the story of wrestling way too close to—and later loose from—booze, sex, and his overbearing, adorable Mama Jean. From the age of five stuck in Beaumont, Texas, all Jamie wanted was to be at a cocktail party with a martini in one hand and a cigarette in the other. All Mama Jean wanted was to keep him at that age, her Jamie doll forever. Mama Jean cast a long shadow throughout Jamie’s life, no matter how deep in booze he swam or how far away from her amid New York’s drinking set he strayed. Dangerous When Wet is a unique story about alcoholism, illness, death, AIDS, family heartbreak, and the relationship between a gay son and his mother.

“The show is as stylish as his slick sport coats. . . Brickhouse is a natural raconteur whose sharp writing defines the piece. . . the entertaining Dangerous When Wet must be one of the most polished one-man shows…this year." — Washington Post

“Polished...Brickhouse [has] a vocal range finely calibrated to the unique needs of each beat...he writes with fiendish pith.”  — San Francisco Chronicle