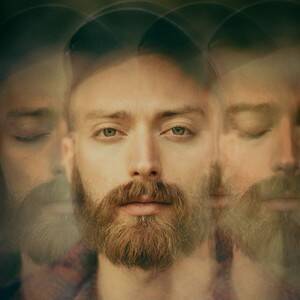 Acclaimed singer/songwriter/bluesman and Princeton native Jonah Tolchin will be performing at the Hopewell Theater on October 12th in support of his fourth studio album, Fires for the Cold, out September 13 on Yep Roc Records.  The U.S. tour kicks off in New York City with stops in Nashville at AmericanaFest, Washington, D.C., Charlotte, Decatur, Cambridge, and Chicago amongst others. A European tour with label mate Dawn Landes is slated for December.

The album’s first single, ”Honeysuckle,” featuring Sara Watkins premiered at PopMatters, who noted this “may be his most ambitious LP to date.” Glide Magazine premiered the second single, a cover of Little Feat’s “Roll’ Um Easy,” featuring Jackson Browne and Rickie Lee Jones, citing “Tolchin really does nail the emotional power of the original tune, reminding us that he is as much a songwriter of today as he is someone who can interpret the past.”

Reflecting his musical journey, Tolchin says that the album’s title was taken from a line written by the late poet Mary Oliver – “Poetry is a life-cherishing force. For poems are not words, after all, but fires for the cold, ropes let down to the lost, something as necessary as bread in the pockets of the hungry.”

Tolchin’s solo albums include Clover Lane (2014), and Thousand Mile Night (2016), both with Yep Roc Records. He and fellow musician/drummer/songwriter Kevin Clifford also perform as the band Dharmasoul and released the album Lightning Kid in 2018.  Clifford, who also lives in the Princeton area, will join Tolchin on the tour and at Hopewell Theater.  Tolchin has toured extensively in the U.S. and Europe, sharing the stage with Chuck Prophet, Dave Alvin and Phil Alvin, Tony Joe White, Gregg Allman, Chris Smither, Tom Paxton, Ricki Lee Jones, Joseph Arthur, and others.