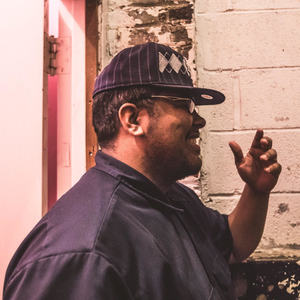 Unfortunately, due to unforeseen circumstances, the performer is unable to make it to Hopewell Theater tonight, 5/31/19, and Funny Stories has been canceled. We are hoping to reschedule the performance and will keep you updated on the status of the rescheduled performance.

If the performance is rescheduled, tickets will be valid for that show. If you are a ticket holder and unable to attend the rescheduled date or do not wish to, you may use the ticket's value, less any fees as customer credit towards another performance. All the details of our ticket policy are viewable on our website.

We apologize for any inconvenience.

Get prepared for a night of laughs featuring jokes and stories from some of the best standups around.

Andrew McGill is a stand up comic and storyteller born and raised in Brooklyn, NY. You can catch him all over NYC doing stand up and telling stories when he isn’t making people laugh he can be found at Hunter College library completing grad school assignments and also teaching English at a high school in Brooklyn.

Lucas Connolly has been seen on Comedy Central's South Beach and NBC’s Seeso's New York's Funniest Comedians (2016), Comedy Central's New York (2013-2018) and South Beach Comedy Festivals (2012 and online content), Won National Lampoon's Joke Off (2011), He has been featured in a national commercial for Joe's Crab Shack and was featured on the front page of Reddit countless times. He has been heard on Sirius XM Radio, Guys We F**ked, Creek Cave Radio, Keith and The Girl network. He has been written up in The New York Times, The New York Post and Time Out for his standup. He runs four successful shows in New York City "The Dirty Show" "Ambush" “Comedy By Proxy and "Camouflage" which have become staples in the New York comedy community.

Jeff Simmermon is a storyteller, stand up comic, and the producer/performer behind 'And I Am Not Lying,' a variety show that combined stand-up, storytelling, burlesque, sideshow and music for 5and a half years at UCB East. His album ‘And I Am Not Lying’ was released in June of 2017 and reached #1 on the iTunes comedy charts. He’s also won multiple Moth StorySLAMS, including a GrandSLAM in March of 2014. His stories have appeared on This American Life, The Moth's podcast, and in written form on The Paris Review Daily. Jeff also teaches standup-as-storytelling classes in Brooklyn.

Gastor Almonte keeps busy. He is an award-winning stand up comedian, storyteller, writer, and host. He's appeared on Comedy Central's This Is Not Happening, Vice and PBS. He’s been featured on the Risk! podcast and the Story Collider Podcast. Timeout magazine named him one of your "New Comedy Obsessions." He's appeared in The New York Comedy Festival, The People's Impov Theater's SoloCom and Cinderblock Comedy Festival. His new album, Immigrant Made, debut at #1 on the Amazon comedy charts, #1 on the Google Play comedy charts, and #2 on the iTunes comedy charts.