An Evening With Tom Rush accompanied by Matt Nakoa 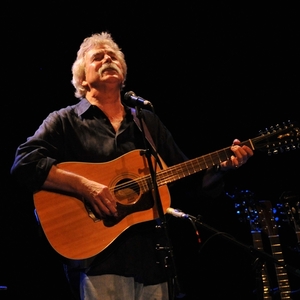 Folk icon Tom Rush is a gifted musician and performer whose shows offer a musical celebration and a journey into the tradition and spectrum of what music has been, can be, and will become. His distinctive guitar style, wry humor and warm, expressive voice have made him both a legend and a lure to audiences around the world. His shows are filled with the rib-aching laughter of terrific story-telling, the sweet melancholy of ballads and the passion of gritty blues.

Beginning his career in Boston at the famed Club 47, Tom helped shape the folk revival in the '60s and the renaissance of the '80s and '90s. His early recordings introduced the world to the work of Joni Mitchell, Jackson Browne and James Taylor. He is credited by Rolling Stone with “ushering in the singer/songwriter era.”

Having just celebrated his 50th year on stage and in the studio, Tom continues to break new ground. His YouTube clip of “Remember Song” has become an internet sensation with close to 6 million plays. His crowd sourced, Sold-Out 50th Anniversary concert at Boston’s Symphony Hall was filmed and broadcast by PBS and the video documentary “Tom Rush - No Regrets” won Best Documentary at the New Hampshire Film Festival and is screening throughout New England. Accompanying Tom Rush for this performance will be Matt Nakoa.