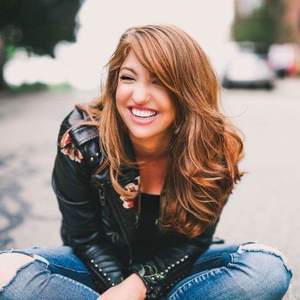 Get ready to "Let Loose" in Hopewell with Jackie Byrne and Marion Grodin!

About Jackie Byrne
Jackie Byrne is a stand-up comic, actor and host who is known for being super fun, sassy and quick witted. She's a girl with a rubber face and Jersey attitude who brings her bubbly and spontaneous energy to audiences all over the country. She recently filmed #thatmovieaboutnjcomics directed by Bonnie McFarlane. She's been featured on Funny or Die and Buzzfeed, and you can see her in the feature film, Seclusion.  You can typically find her (and her Johnny Cash inspired wardrobe) working the mic at a comedy club, venue or questionable bar.

About Marion Grodin
When it comes to comedy, Marion Grodin can pretty much do it all….When it comes to life… well, she’s still working on paying her parking tickets, and trying not to eat cake. Marion started out as a staff writer for the network sitcoms “It’s a Living” and “Princesses”, was put under contract to Twentieth Century Fox, and later went on to sell six screenplays. Just as she was about to embark on her seventh screenplay, it dawned on her that her father had not lovingly nicknamed her “Mouth” for nothing; she decided it was time to start saying all these funny things she was writing for other people to say…

So, for the last decade, Marion Grodin has been one of the hottest comics in the country. She is a favorite at New York City’s top clubs, including Standup NY and Gotham Comedy Club, where she regularly headlines. As one of the country’s top emcees, Marion’s incredible ability to improvise has allowed her to master the art of talking with the audience. Always willing to be as self-revealing as she is probing of the audience…this affectionately edgy style has become Marion’s trademark. The result is a hilariously personal show that makes the audience feel like it was custom-made just for them.

Marion has toured with Linda Ronstadt, opened for Lewis Black, Judy Gold, and Robert Klein…as well as having shared the stage with Jerry Seinfeld, Dave Chappelle, Roseanne Barr and Robin Williams. She has performed for 1000+ seat rooms and for A+ private events, including Gilda’s Club and Ethel Kennedy’s annual fundraisers.