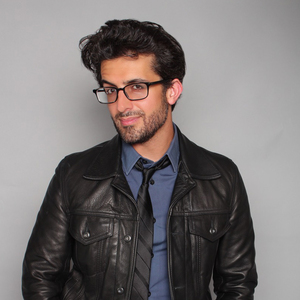 About John Poveromo
A Brooklyn born Jersey raised Stand Up with the perfect blend of self deprecation and optimism makes John a dynamic and unpredictable performer that’s both engaging and fun to watch as he struggles to make sense of himself and the world around him. Always open and honest, John’s charm and vulnerability on stage gives him the ability to connect with every audience allowing each show to be original, refreshing and funny as hell. John has been featured in the New York Times and the Asbury Park Press. He can be heard on Sirius XM Radio, has been featured at the Jersey City Comedy Festival, The New York Underground Comedy Festival and appeared on Comcast On Demand's "Young Comedians Showcase." John has lent his writing talents to a variety of shows, including ESPN's Sports Nation, Current TV's Viewpoint with John Fugelsang, Joy Behar's 'Say Anything' on HLN, The Independents, CNN's Newsroom as well as Red Eye with Greg Gutfeld, Hannity and VH1's "Best Of" series.

About Joanne Filan
Growing up in New Jersey (but refusing to die there), Joanne Filan has made her way around the comedy club scene and around the comedy country.  Performing at well-known places such as The Friars Club, Broadway Comedy Club, Caroline's, Greenwich Village Comedy Club and more, not to mention a fixture in the traveling show, “The Broads of Broadway”, she is well known in the comedy world. She even reaches the masses through her TV and media appearances, including Here TV, Comedy Time TV, and in "Comics Favorite Jokes" in the NY Post. She can also be seen in a new documentary entitled “Words: An Exploration of Identity”. Joanne has taken part in festivals and competitions as well, from The New York Underground Comedy Festival to the Women in Comedy Festival in Boston, to the recent Ladies of Laughter Competition. She has ventured into the college circuit- hosting, featuring, and headlining in events at Bryn Mawr College, Monmouth and Lehigh Universities, and many more. She also proudly performs for the US Troops overseas. Her writing side has also come into play as she has just finished co-writing a TV pilot and is also a regular guest lecturer for creative writing classes at St. John's University- ensuring her creativity will go on, despite any side effects.

Over a decade into the business and Joanne has never been more on top of her game.  She consistently delivers a unique “stream of consciousness” style of humor full of random thoughts and quirky observations that keep audiences either rolling in the aisles or on the edges of their seats, anxious to hear what she has to say next.  With an amazing gift for improv, razor-sharp wit, and a subtle delivery, Joanne is an unexpected gem- a comedian so able to tap into the moment that no two shows are ever alike.