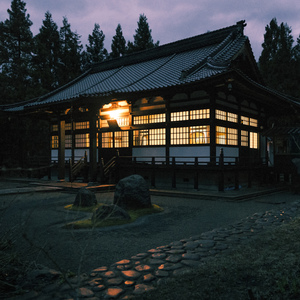 One Night Only! Tuesday, July 9

Provocatively titled, this film is a masterly immersion into life at a Japanese Zen monastery over three seasons. Swiss novice Sabine arrives at Antaiji and, after a brief welcome, she begins to learn the monastery rules: how to bow, sit in the meditation hall, carry out movements with chopsticks, etc. There’s more to life there than meditation, farming, and maintenance, however—there are picnics, music, and Wi-Fi. And after the last snow has melted away, the nuns and monks travel to Osaka, where they recite sutras in front of subway entrances as they solicit offerings in their traditional monk’s robes. Quotes from renowned early twentieth-century Antaiji abbot Koda Sawaki are interjected throughout. Simple and beautifully filmed, this is Into Great Silence meets Enlightenment Guaranteed, with composer Fred Frith performing the eclectic, elegant score.