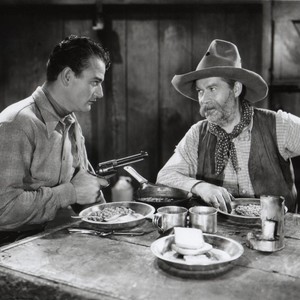 One Day Only! Wednesday, September 18 - Enjoy a delicious spaghetti dinner while you watch the film. Pre-order your dinner at check out or call our box office at 609-466-1964 for assistance. Full menu to be announced.

Undercover federal marshal John Carruthers (John Wayne) is suspected by the local sheriff, Jake (George Hayes), of stealing the town's payroll, but his suspicions are sidelined when young Betty Mason (Eleanor Hunt) announces that her father, an important businessman, has been murdered. Without him, supplies will not reach town, and homesteaders will starve. When town leader Malgrove (Edward Peil) offers to buy the locals out, John and Jake get suspicious, and uncover a land-grabbing conspiracy.