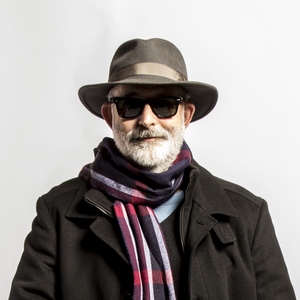 Saturday, February 15 In 1976, Jack Tempchin was first signed by Clive Davis to Arista Records along with Jules Shear and Richard Stekol in a band known as The Funky Kings. Classic-rocker Johnny Rivers heard the Funky Kings' Jack Tempchin track, "Slow Dancing (Swayin’ To the Music)" recorded the song, and made it a Billboard Top 10 hit in 1977. Later that same year, country crooner Johnny Duncan took it Top 10 on the Country charts.

In 1980, the Eagles took a 14 year vacation. Tempchin then occupied the vacant writer’s seat next to Glenn Frey. Together, they co-wrote a dozen radio hits for Glenn Frey's solo career including, "True Love", "The One You Love", "Party Town", "Sexy Girl”, "I Found Somebody", "Soul Searchin", "Livin' Right”, “Who’s Been Sleeping In My Bed” and “Part Of You, Part Of Me”... the official soundtrack song for Oscar-winning movie ‘Thelma & Louise’. Tempchin and Frey also co-composed "Smuggler's Blues" & "You Belong to The City" specifically for the original 'Miami Vice' TV show soundtrack, which reached Number 1 on the Billboard 200 in both 1985 and 1986.