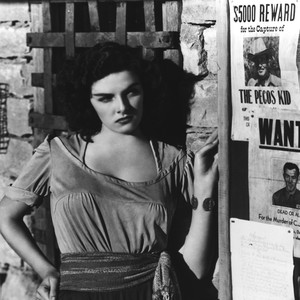 One Day Only! Wednesday, October 16 - Enjoy a delicious spaghetti dinner while you watch the film. Pre-order your dinner at check out or call our box office at 609-466-1964 for assistance. Full menu to be announced.

Newly appointed sheriff Pat Garrett is pleased when his old friend Doc Holliday arrives in Lincoln, New Mexico on the stage. Doc is trailing his stolen horse, and it is discovered in the possession of Billy the Kid. In a surprising turnaround, Billy and Doc become friends.