Classic Cinema Sunday: Till the Clouds Roll By 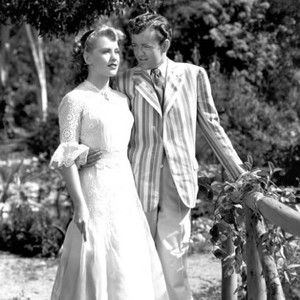 One Day Only! Sunday, November 10th

Till The Clouds Roll By is a 1946 American musical film made by MGM. The film is a fictionalized biography of composer Jerome Kern (portrayed by Robert Walker (actor) who was originally involved with the production of the film, but died before it was completed.

On opening night of his new Broadway musical, "Show Boat," composer Jerome Kern (Robert Walker) reflects on his long career. With the help of his mentor, composer James Hessler (Van Heflin), a young Jerry travels to Europe and soon has one of his tunes placed in a successful production. Back home, Jerry's unceasing efforts result in the production of his first show. Jerry's career blossoms and he works with the best artists of the day while guiding James' wayward but talented daughter, Sally.