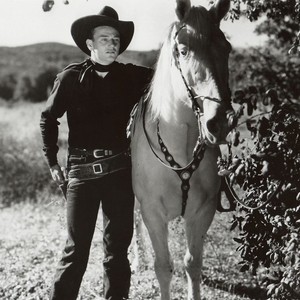 One Day Only! Wednesday, November 20th - Enjoy a delicious spaghetti dinner while you watch the film. Pre-order your dinner at check out or call our box office at 609-466-1964 for assistance. Full menu to be announced.

Cowpoke Ted Hayden (John Wayne) infiltrates a band of outlaws in order to get close to their ringleader, Mr. Gentry (Lloyd Whitlock) -- the man who murdered his father. Joining Hayden on his mission is his dim but devoted companion, Dusty (George "Gabby" Hayes). But their plan gets complicated when Hayden meets Fay (Virginia Brown Faire), the lovely daughter of rancher Fred Winters (Lafe McKee). Gentry is after the man's land, and he wants Hayden to kill him to get it.