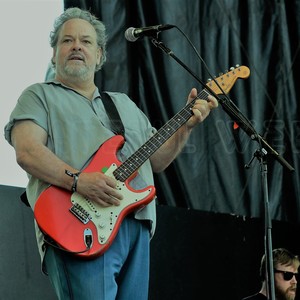 Please note, as of November 26, there is one non-ADA accessible seat available for Friday, November 29. The other seats remaining for both shows are ADA wheelchair accessible seats and their companion seats. Wheelchair accessible seats and their companion seats will be sold on a first come, first serve basis to patrons on the waitlist at showtime, if not needed or purchased prior to showtime by patrons with wheelchairs. To be placed on the waitlist or for more information, please call our box office at 609-466-1964.


A constantly evolving, consistently changing series of musical performances by a band that never plays the same songs in the same way twice. Chris Harford has been playing music now for decades. He has surrounded himself with musicians his whole life, playing with some of the best out there. In the spirit of Bill Monroe and his Bluegrass Boys, Chris invites musicians he meets to be in his band whenever he hears or sees something special. This has resulted in a legacy of players, many of whom have moved on to form or be part of enormously successful bands, but who are always happy to come home and play Chris’ music for the sake of playing Chris’ music. You might see him play solo acoustic on a Monday night at the local bar. Or you might see him as a DJ teasing tunes out of the ‘X-Box’.

It might also be an acoustic guitar duo, with some other guitar slinger in the area or with an upright or electric bass player. He may decide to add a drummer, or a percussionist to the mix on a given night. Or perhaps assemble a full rock band. You might see keyboards, or three guitars, or two drummers, or all of the above. His music has compelled tapers that live in his area to try to capture and archive every performance he plays due to the magic that invariably appears in his sets. Like many bands that have had people tape their music live, every note is not perfect, and every string is not always in tune, but at some point during every performance, something special happens. It could be a different time signature, a ballad played as a blues, or a forgotten passage that forces spontaneous creativity out of the band. No one knows what will happen next. Not even Chris, it would seem. And that’s the way he wants it. Everyone on their toes….ready to innovate when necessary…at the drop of a hat. What kind of music do they play? All kinds: Folk music, rock music, happy music, sad music, loud music, quiet music. All music.