Films That Made Music: The Harder They Come 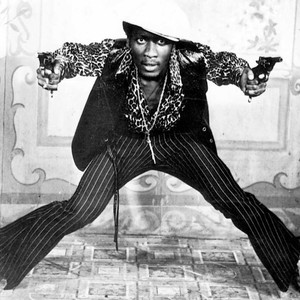 Reggae legend Jimmy Cliff stars as Ivan Martin, an aspiring young singer who leaves his rural village for the capital city of Kingston, Jamaica hoping to make a name for himself. Robbed of his money and possessions his first day in town, he finds work with a self-righteous, bullying preacher and an unscrupulous music mogul who exploits naïve hopefuls. In desperation the simple country boy turns outlaw, at war with both the police and his rivals in the ganja trade. Ivan's dream of stardom soon becomes a reality as he rises to the top of the pop charts and the most-wanted lists. This gritty, groundbreaking film brought reggae music to the international stage, made Jimmy Cliff a star worldwide.