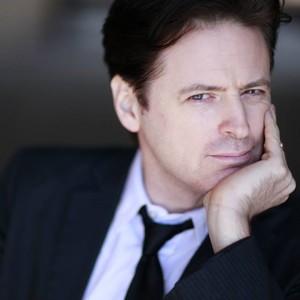 He's been murdered on CSI, interviewed 2 Beatles on separate continents in the same week, and famously once got Mitt Romney's advisor to call Governor Romney an 'etch a sketch' on CNN.

Actor, comedian, and broadcaster John Fugelsang hosts 'Tell Me Everything" weekdays on SiriusXM Insight #121. He recently performed in 'The Bill of Rights Concert" alongside Lewis Black & Dick Gregory which aired on AXS. He's also appeared at Montreal’s ‘Just for Laughs’ Festival, HBO’s U.S Comedy Arts Festival in Aspen, hosted America's Funniest Home Videos for ABC, and Bill Maher called him ‘one of my favorite comedians’.