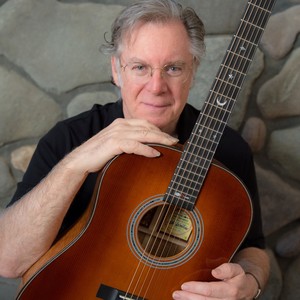 Over four decades the contributions of JOHN SEBASTIAN have become a permanent part of our American musical fabric.

His group The Lovin' Spoonful played a major role in the mid-'60s rock revolution, but what leader, singer and songwriter Sebastian had in mind was actually a counter-revolution. "We were grateful to the Beatles for reminding us our rock & roll roots," John explains, "but we wanted to cut out the English middlemen, so to speak, and get down to making this new music as an 'American' band."

This the Lovin' Spoonful did like nobody before or since, putting their first seven singles into the Top 10. This was unprecedented, and utterly unthinkable at the height of Beatlemania. At first they'd taken older material from blues, country, folk and jug band sources - what we now term "roots music" - and made it sound modern. Then, in a series of original songs composed and sung by John Sebastian, they did the reverse, creating thoroughly modern music that sounded like it contained the entire history of American music. Which it did.

The Lovin' Spoonful was not John's first act, and it certainly wasn't its last. After leaving the group he founded, he bore witness to another turn of the musical zeitgeist with his performances at massive festivals like Woodstock and its English equivalent the Isle of Wight. He had been involved in music for films (most notably Francis Ford Coppola's You're A Big Boy Now and Woody Allen's What's Up Tiger Lily) and Broadway, but when producers of a TV show called Welcome Back Kotter commissioned a theme song in 1976, Sebastian's "Welcome Back" became a chart-topping solo record.

Throughout the '70s and '80s he continued to record and tour, pleasing old fans and winning new ones. There's no telling how many aspiring musicians have been nurtured by his instruction books for harmonica and guitar. John's induction into the Rock 'n Roll Hall of Fame in 2000 hasn't slowed him down. Whether the stage is at Carnegie Hall or a folk festival in some far-flung locale, John is still out there spreading his gospel of American roots music.

John Sebastian is not only a master musician, writer and performer, he remains one of the best ambassadors American music has ever had