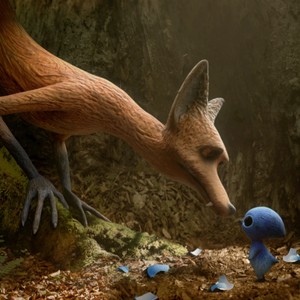 The ANIMATION SHOW OF SHOWS, a curated selection of the “best of the best” animated short films created by students and professionals around the world, returns to theaters across North America. Featuring 10 films from seven countries, the 21st edition of the program offers an array of highly imaginative, thought-provoking, and moving works that reflect the filmmakers’ unique perspectives and their relationship to the world.

“Animation is an incredibly versatile medium that allows artists to explore situations and ideas that you won’t see anywhere else,” says ANIMATION SHOW OF SHOWS founder and curator Ron Diamond. “From political and philosophical concerns, to the complexities of individual identity and personal relationships, animated short films are uniquely able to capture the many facets of human experience.”

THE 21ST ANNUAL ANIMATION SHOW OF SHOWS has a running time of 83 minutes and includes 10 films, three of which have qualified for 2020 Academy Award® consideration†. The program also includes two mini-documentaries about the creative process featuring Alkabetz and Amit Cohen & Ido Shapira (Hounds). The complete lineup is:

Curator Ron Diamond responding to parental questions of age appropriateness explains: In my opinion, this program is very kid friendly as it's a bit tough and uncomfortable at times but it's also life affirming, funny, inspiring, purposeful and memorable. There is no sex or profanity. Spread throughout the program and, like "life" in general, there are isolated incidents of interpersonal tension, hitting, shoving, sadness, anger, growling, barking, subjugation and retaliation. There is also a burial at sea depiction, a transgender identity film, spoken French and Russian with subtitles, and of course, a wolf inexplicably and briefly has an oar stuck in its hindquarters.