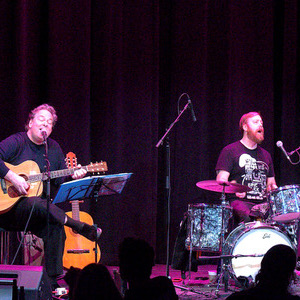 A constantly evolving, consistently changing series of musical performances by a band that never plays the same songs in the same way twice. Chris Harford has been playing music now for decades. He has surrounded himself with musicians his whole life, playing with some of the best out there. I can name names, but the actual players are less of an issue that the attitude that he, and all the musicians he plays with, take on. In the spirit of Bill Monroe and his Bluegrass Boys, Chris invites musicians he meets to be in his band whenever he hears or sees something special. This has resulted in a legacy of players, many of whom have moved on to form or be part of enormously successful bands, but who are always happy to come home and play Chris’ music for the sake of playing Chris’ music. You might see him play solo acoustic on a Monday night at the local bar. Or you might see him as a DJ teasing tunes out of the ‘X-Box’. For this performance, Band of Changes consists of Chris Harford, Joe Russo, Dave Dreiwitz, & Scott Metzger.