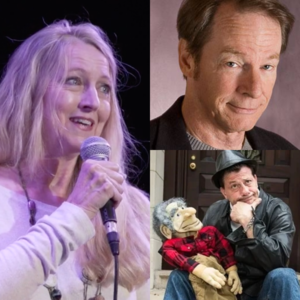 ANITA WISE is is an American stand up comedian and actor who has made numerous television appearances, including the Tonight Show with both Johnny Carson and Jay Leno, Seinfeld episodes and cable shows including “An Evening At The Improv” and “Caroline’s Comedy Hour”. She has also been featured at the Just For Laughs Festival in Montreal, performing comedy in both English and French. Her humor is uniquely funny, person and down to Earth. And she likes cake. Anita was also voted "Showtime's Funniest Person in America" in 1986. (Side note Ellen DeGeneres won this award 1982.)

JOHN "GEMINI" LOMBARDI was born and raised in Brooklyn, New York. With his quick sense of humor and witty personality, Gemini decided to start performing at the young age of eleven. He took his act to the streets of New York City, where his only audience was a crowd of passersby and neighbors. With his energetic charisma and quick wit, he brought the crowd to tears of laughter. It was then he began his professional career in comedy.

John’s ambitions led him on a successful climb to the top where he began to study acting, dance, and choreography to enhance his stage presence and comedic talent. John studied drama at the Weiss Baron School of Drama, H.B. Studio Acting School, and Gene Frankel Theatre in New York City. John attended Nazareth College and State University in New Paltz, New York.

Today, Gemini has performed on Fox5, NBC, Showtime, and at hundreds of comedy clubs, casinos, resorts, and theaters across the country! Gemini is now a top headliner at The Borgata Casino, Dangerfield's, The Parx Casino and Caroline's on Broadway! Professional comedian, accomplished ventriloquist, award-winning magician and Voted "#1 Family Act" in the Catskills!

As seen on A&E, NBC, and top clubs across America, MIKE EAGAN is one of the most influential and sought-after headliners in the country. Mike is also an accomplished voice over artist, broadcast teacher, grandfather, and semi-pro miniature golf player. See why Chris Rock and hundreds of other comedians claim that Mike Eagan was one of the biggest influences on their careers!