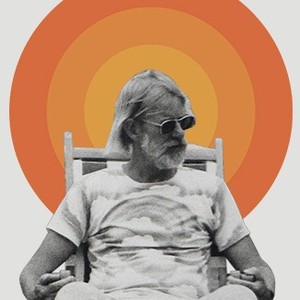 Although Hal Ashby directed a remarkable string of acclaimed, widely admired classics throughout the 1970s — HAROLD AND MAUDE, THE LAST DETAIL, SHAMPOO, COMING HOME, BEING THERE—he is often overlooked amid the crowd of luminaries from his generation.

Amy Scott’s exuberant portrait explores that curious oversight, using rare archival materials, interviews, personal letters, and audio recordings to reveal a passionate, obsessive artist. Ashby was a Hollywood director who constantly clashed with Hollywood, but also a unique soul with an unprecedented insight into the human condition and an unmatched capacity for good. His films were an elusive blend of honesty, irreverence, humor, and humanity. Through the heartrending and inspiring HAL, you feel buoyed by Ashby’s love of people and of cinema, a little like walking on water.

After the film, stick around and take part in a lively virtual conversation with Director Amy Scott and Producer Brian Morrow, as facilitated by Erica Rubine.

ERICA RUBINE BIO
Erica Rubine has a Ph.D. in Folklore from the University of Pennsylvania and teaches Film and Media Studies at Rider University. She is currently writing a book about Hal Ashby entitled "I’ve Changed, or Turning This Mother Out: The Subject I and the Women in Hal Ashby’s Films" for The University Press of Mississippi. Erica is also a radio host of The Sonic Bloom at Princeton’s WPRB 103.3 FM where she interviews artists, musicians, authors, and plays a wide variety of music including punk, garage, psychedelic, post-punk and jazz. Some of the artists Erica has interviewed or had play on her show are Adam Weiner of Low Cut Connie, Robyn Hitchcock, John Doe of X, Steve Garvey of The Buzzcocks, Redd Kross, The Melvins, Ben Vaughn and Mike Watt.

AMY SCOTT BIO
My origin story unfolded on the plains of Oklahoma—where my fascination with documentary storytelling began when I fell in love with the films of Les Blank and the Maysles Brothers. After studying film at The University of Oklahoma, I logged a decade in Chicago where I worked as Studs Terkel’s audio archivist and became a lover of unscripted, authentic storytelling. I then began a 15+ year career as a film editor specializing in social issue and biographical documentary films. Now in Los Angeles, I am a filmmaker known for directing HAL (Sundance 2018), and co-producing/co-editing OTHER MUSIC (Tribeca 2019). I also direct classes for MasterClass, from RuPaul to Danny Elfman and more—specializing in a highly cinematic and intimate interview experience. I am currently in production on a feature-length documentary film with my creative partners at Shark Pig.

BRIAN MORROW BIO
Brian is the creative director and co-owner of Shark Pig, a Los Angeles based production company. Whether he's directing, producing, shooting or editing, Brian insists on ratcheting up the quality of any project he's involved with. He's worked on everything from big budget ads to independent documentary films. He was recently nominated for an Outstanding Producer Award from the PGA for his work on Hal, a feature length documentary which premiered at Sundance and was picked up by Oscilloscope. He is also passionate about creating conscious content and media that affects change. He speaks about creativity principles to entrepreneurs all over the world in his downtime which is particularly limited these days as he has just become a father.


This program is a part of Hopewell Theater's ongoing series, The Art of Living Well, featuring inspiring films, speakers and interactive discussions exploring ways of cultivating serenity, meaning and a deeper connection to one’s self and the world.