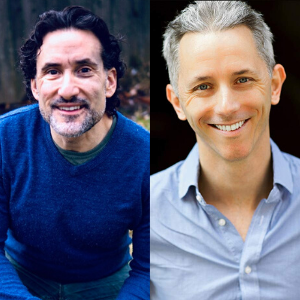 Brian Cichocki, hails from a working class neighborhood in Trenton, NJ. A funny kid and quiet observer, he gained a broad education in human behavior as he moved in and out of many circles filled with mixed cultures and observing varying degrees of racial/ethnic tension. He became an actor in is early 20’s training for several years in New York City, while working on his Bachelor’s and Masters Degrees. His experience as an actor in numerous plays and indie films, coupled with his relentless observation and study of human behavior, forged his path into the Director’s Chair.

Brian directed the newly-released Music Video "Cold Cold Coffin" by Rock and Roll Hall Of Fame Inductee and Founding Member of the Alice Cooper Group, Dennis Dunnaway. The video stars Dennis Dunnaway and Calico Cooper. He has also directed the new comedy series “Henry the 9th”, starring Happy Anderson (“Bright”, “MindHunter”), “The Pearl”, starring Cathy Curtin (“Stranger Things”, “Homeland”, “Orange is the New Black”) and Grant Shaud (“Murphy Brown”, “Younger”), as well as the newly-released comedy “SCOTUS and the City”. He has taught Acting and Directing for over 10 years at Montclair State University, as well as Farleigh Dickinson University, and Rider University.

His theatre credits include MGW, Off-Broadway at The Lion’s Theatre, SOLD, The Homecoming, One for the Road, The Crucible, Refuge, Kerry & Angie, The Homeless Secretary, Fear of Rats, Godspell, Kindertransport, and The Dutchman.

Brian is also a seasoned Stand-up Comedian. He has performed all over the country as well as in New York City in clubs such as Carolines on Broadway, Gotham Comedy Club, and Dangerfield's. He has appeared on Gotham Comedy Live, on AXS TV, and has worked with the likes of Paul Reiser, Gilbert Gottfried, Sebastian Maniscalco, Jim Breuer, Ben Bailey, Patrice O’Neal, and many others. He lives in New York City.

Marc Kaye has been a regular on the comedy circuit spinning tales of growing up differently, navigating fatherhood, marriage… then divorce… strange looks while traveling and even stranger thoughts when not distracted!

Marc has performed in clubs from CT through Washington, DC on the East Coast and nationally, as well, often finding that there are no real regional differences that can’t be overcome with humor.

An avid writer and musician, Marc has also developed several scripts, three web series, and numerous articles and written and trained for Fortune 500 Companies. In addition, he has held Global Marketing, Business and Innovation roles with Fortune 100 Companies with an emphasis on Marketing.

He is the founder of Eliro, a company that combines the discipline of marketing and the creativity of humor and improv to help train, develop content and drive strategic planning in a new, more effective way.