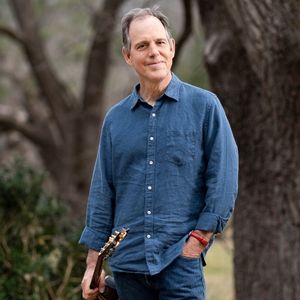 An early '80s move to Warren Wilson College in North Carolina set his wheels in motion, as he started playing guitar and writing songs, processing his own inner workings and accessing his own inner wisdom. In 1987, within a couple of years of graduating, Wilcox had released his first independent album, The Nightshift Watchman. A year later, he won the prestigious Kerrville Folk Festival New Folk Award and, in 1989, he signed with A&M Records, selling more than 100,000 copies of his A&M debut, How Did You Find Me Here.

In the 30 years and more than 20 records since — whether with a major label, an indie company, or his own imprint — Wilcox has continued to hone his craft, pairing thoughtful insights with his warm baritone, open tunings, and deft technique. He's also kept up a brisk and thorough tour itinerary, performing 80 to 100 shows a year throughout the U.S., and regularly deploying his talents by improvising a “Musical Medicine” song for an audience member in need. In recent years he’s taken that process a step further, carefully writing and recording dozens of his “Custom Songs” for long-time fans who seek his help in commemorating and explaining the key milestones in their lives.

“I'm grateful to music,” Wilcox says. “I have a life that feels deeply good, but when I started playing music, nothing in my life felt that good. I started to write songs because I wanted to find a way to make my life feel as good as I felt when I heard a great song. I don't think I'd be alive now if it had not been for music.”


Jesse Ruben is a singer/songwriter currently living in Brooklyn, NY. Best known for his lyrical storytelling and engaging live shows, his songs have been heard on more than a dozen TV shows in the US and abroad. His most recent single, "This Is Why I Need You", reached the top 10 in 12 different countries, and has been streamed more than 45 million times across all platforms. He has been featured on MTV, CNN, and in Esquire Magazine.

Beyond his music career, Ruben is highly active in philanthropic endeavors. He has run the NYC Marathon three times for The Christopher and Dana Reeve Foundation, the largest non-profit devoted to spinal cord injuries, and is a passionate advocate for Lyme disease patients. He is also the founder of The We Can Project, an initiative for young people designed to help them discover their passions and give back to their communities. To date, more than 500,000 students have participated. To promote the program, he was personally invited by Hoda Kotb to perform live on The Today Show.