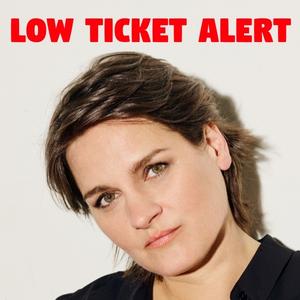 So it was, in 2004, for Madeleine Peyroux: “when I got around to making Careless Love it had been a good eight years since my first album.” Eight years—forever in the music world. Not long After Dreamland dropped in ’96, she had disappeared from the touring scene as well. Where had she been? What had she been doing, and why?

“I was traveling a lot across America, rediscovering the country and re-identifying as an American,” Peyroux says. “I was born here in the States but moved with my mother to live in Paris when I was young. I met family I never met before. I caught up on what was happening with the music here. It was all a culture shock for me. When I came back to New York to make that first album I was like a deer in the headlights. It was my first time in a studio, my first time back in America. Then 9/11 happened. Then George W. got re-elected. It was like the world was going crazy. After Dreamland I had signed with Sony and I was trying to make my second record. I was broke and I didn’t know what I was going to do next.”

Self-reflection and spiritual sensitivity are assets to any musician in the process of starting a career, of establishing one’s musical identity and direction. They don’t, however, necessarily lock into the typical velocity of career-building. There were other things Peyroux had to handle. She underwent surgery on her vocal cords. She healed and worked with a vocal coach. As the ‘90s gave way to the first years of a new century, she continued to question the how and, significantly, the why of what she was doing

“I put a lot of thought into what my career means,” Peyroux says, “what making a record and the follow-up tour represents—the kind of music I wanted to do and the amount of work that is involved.”

By 2004, Peyroux had found the answers to her questions. She signed to Rounder Records. Her distinctively updated blend of swing-era jazz, country blues, gospel, and other acoustic forms made sense on a label with a reputation for standing by singular artists dealing in, or drawing inspiration from roots Americana. It was a good fit from the start, and would lead to a run of three career-defining albums.

Dreamland had featured a 22-year old Peyroux. She was 30 when she recorded Careless Love: “When I made my first record I wasn’t even thinking about a sense of wholeness with the music, or how to connect the songs into one overall statement.”

Now, in a pandemic that has silenced live music, Careless Love continues to resonate, the music and the message of those songs more relevant than ever.

Timeless is what we call music that reaches the heart and stops the clock. Few are able to attain that, fewer with consistency. For the ones who do, it can take a while navigating one’s career path to get there, to make timeless happen. Madeleine Peyroux achieved it on her second album.