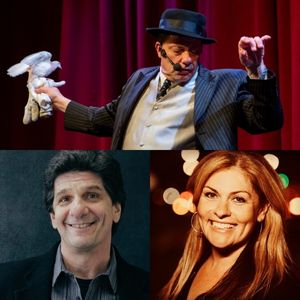 
TICKETS ARE BUY ONE, GET ONE FREE!
Simply reserve tickets in increments of 2, and then select the BOGO option at checkout. Once you select this option, you will see both tickets change to half price (equating to a regular price ticket and a free ticket).

John "Gemini" Lombardi is a regular at the Borgata Casino in Atlantic City, Carolines in New York City, and Parx casino in Philly. He is a Las Vegas style performer you do not want to miss.

Gemini was born and raised in Brooklyn, New York. With his quick sense of humor and witty personality, Gemini decided to start performing at the young age of eleven. He took his act to streets of New York City, where his only audience was a crowd of passersby and neighbors. With his energetic charisma and quick wit, he brought the crowd to tears of laughter. It was then he began his professional career in comedy.

Today, Gemini has performed on Fox5, NBC, Showtime, and at hundreds of comedy clubs, casinos, resorts, and theaters across the country!  Gemini is now a top headliner at The Borgata Casino, Dangerfield's, The Parx Casino and Caroline's on Broadway!

A “Jersey Boy,” Steve Trevelise was born in Newark, New Jersey and raised in Union City.

Steve is the host of 101.5 FM Radio (weekdays every night at 8:00pm), where he talks to the celebrities and personalities who make living in the Garden State so interesting.

You can catch her regularly in NYC at Broadway Comedy Club, The Tiny Cupboard, The Comedy Shop, Greenwich Village Comedy Club, and Eastville Comedy Club. Lana has also acted in many independent films such as The Businessman, currently streaming on Amazon Prime.

She was very recently featured on the site, Comics that Kill, along with Kevin Hart, Sebastian Maniscalco, Jim Gaffigan, and other great comedians. In a former life, she was ranked 7th in the United States in International Latin Ballroom Dancing.
As of September, 2022, patrons and talent are no longer required to wear a mask inside the theater or show proof of vaccination or a negative test. Masks are still strongly encouraged. Please note: By visiting Hopewell Theater, patrons voluntarily assume all risks related to exposure to any infectious disease, including but not limited to COVID-19. HT reserves the right to change vaccination check, testing protocols and/or mask policies due to the unpredictable nature of COVID-19 and/or if by the request of an artist. Please refer to your show-specific pre show email for more details. 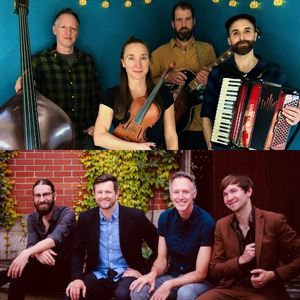 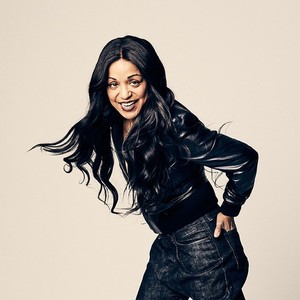 Danielia Cotton's Home for the Holidays