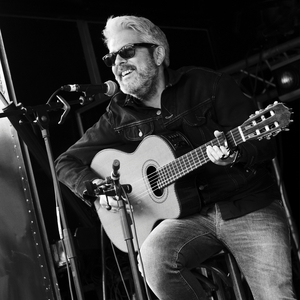 “[Seamus Egan] has helped define the sound of Irish music today and has inspired countless young musicians....Deeply rooted in the past, Seamus can blaze through traditional Irish reels and original compositions alike, all with his signature approach.” –The Lowell Sun

It’s hard to think of an artist in traditional Irish music more influential than Seamus Egan. From his beginnings as a teen prodigy, to his groundbreaking solo work with Shanachie Records, to his founding of Irish-American powerhouse band Solas, to his current work as one of the leading composers and interpreters of the tradition, Egan has inspired multiple generations of musicians and helped define the sound of Irish music today.

As a multi-instrumentalist, he’s put his mark on the sound of the Irish flute, tenor banjo, guitar, mandolin, tin whistle, and low whistle, among others. As a composer, he was behind the soundtrack for the award-winning film The Brothers McMullen, co- wrote Sarah McLachlan’s breakout hit, “Weep Not for the Memories,” and has scored numerous documentaries and indie films since. As a bandleader, Solas has been the pre-eminent Irish-American band of their generation for the past 20 years, continuously renewing Irish music with fresh ideas, including a collaboration with Rhiannon Giddens on their 2013 album, Shamrock City.

As a performer, few others can make so many instruments or such wickedly complex ornaments seem so effortless. Music comes as naturally to Seamus Egan as breath, but his mastery of the tradition is only one facet of his plans to move the music forward.